Welcome to the October 2022 edition of the Daniels Foundation Newsletter. In this issue, we explore the following topics. Click on the links to read the articles!

The Foundation Re-opens Capital Grants! Back when the pandemic was first coming on the Board of Directors for our family foundation elected to suspend Capital Grants…  Click here to read more…

Carlsie and the Cookies! It was the first week in December,1958, when a 36 year old Sally Daniels Pettit walked to answer the door bell with her anxious yet determined stride on that cold-ish afternoon…  Click here to read more…

Back when the pandemic was first coming on the Board of Directors for our family foundation elected to suspend Capital Grants so that more funds would be available to meet the critical needs driven by the pandemic. Grants that otherwise would have gone to capital expenses, like new buildings and renovations, instead went to Basic Needs, like food, shelter and transportation. Today any of our grantees can still orient their grant application towards pandemic-related Basic Needs, but most have moved back towards the typical program oriented grant request, and so the Board felt it was time to re-open Capital Grants.

The pause gave the Capital Committee a chance to reconsider certain policies regarding Capital Grants. In the years leading up to the pandemic the Foundation had “gotten out over our skis” a bit, and we found that our future commitments for Capital were so intensive that we actually could not start paying for “today’s” commitment until several years out. That was unacceptable, and so the Capital Committee has developed a future payments approach which will limit that possibility. The Committee also clarified the Foundation’s interest in funding to solve the most critical needs in Worcester (a premise direct from our mission statement). As such, organizations with endowment valuation in excess of the value of our own assets will be largely ineligible, as will those organizations with a donor base and reach which is substantial and deep.

This means that smaller agencies, with limited or no endowments and access to fewer donors, will be the most likely to successfully apply for a Capital Grant. Historically most of these grants average between $100-250K, paid over three years typically. Going forward the Committee anticipates that smaller agencies will likely submit smaller grants, and they know that (for instance) a $100K grant made to a $1M agency without an endowment and hard pressed to find those funds any other way will certainly be far more impactful than the same grant given to an organization with more than a $20M endowment and a large donor pool upon which to draw.

The Foundation remains true to its mission, which is to support: “…sustainable, creative solutions to Worcester’s most pressing social challenges by funding programs that help people become more self-reliant in their lives and communities.”

It was the first week in December,1958, when a 36 year old Sally Daniels Pettit walked to answer the door bell with her anxious yet determined stride on that cold-ish afternoon. Sally was Dwight and Esther Daniels’ youngest child, and Dwight was the youngest child of Fred Harris Daniels.

Sally greeted the visitor with her reserved smile. Peering from the dining room was Billy, the eight year old.  He recognized the visitor and knew this signaled the official start of the Christmas season. This was the best visitor of the year, who came every year… better than the Easter bunny, better even than Santa. She was Carlsie.

Carlsie walked in and held a large white paperboard box that everyone knew contained pounds of homemade Swedish Christmas Cookies.

The cookies were baked by Carlsie and Josephine and were a regular advent gift to the Pettit household from Dwight and Esther. Carlsie was their maid, and Josephine was their cook. Both were Swedish, which meant that Carlsie was short on words. Really, she never spoke at all, and Josephine always pinched Billy’s cheek as she told him with her thick Swedish accent how big he was getting.

In the Pettit household, consumption of sweets was controlled tighter than methadone in a methadone clinic, so Billy got ready for the cat and mouse game that was about to begin.

His favorite cookies were the ones with dried maraschino cherries pressed into the vanilla cookie. If he scored 10 cookies between the time of delivery and the day in early January when Sally dumped the remainder into the barrels in the garage, Billy would nod to himself: that was a good year!

How long this tradition continued is anyone’s guess.  The Dwight C. Daniels clan was gone by the late 1980s.  And, before that Carlsie and Josephine disappeared to Billy as his world became boarding school, college, family raising, Wisconsin and finally Upstate New York.

Perhaps it was the 1990s, sometime early that decade, when Billy was visiting his Mother in Worcester. Sally was not one for chit chat, but unusually that day, at drinks time, she told him that Carlsie had passed away.

As to whether it was recently or a year before, she never said. Billy smiled, remembering the cherries and the exact color of those vanilla cookies.  Sally continued, saying: “I decided I would go to the wake”

Episcopalians never have wakes much less go to someone’s wake. Or maybe more accurately Pettit’s never go for that kind of an emotional bonding event. Billy was thoroughly enthralled to see where this conversation was going to end up.
“It was just off West Boylston Street” she continued. “I got there and went through the receiving line, greeting the people who were probably Carlsie’s children, as they were all about my age, maybe a few years younger. I shook their hands and said: I’m sorry for your loss.”

“I walked slowly over to the edge of the room, took advantage of some white wine and ate a piece of smoked salmon. Everyone else knew each other and gathered in quiet hushed groups and had whispered conversations with each other.”
“Eventually a gentleman came up to me,” Sally continued, “and said: “”I’m sorry, we are all Carlsie’s friends and relatives. We all know each other and no one knows who you are. Who are you?””.

“I am Sally Daniels Pettit”

“With that everyone went kind of nuts with joy that I was there. It was overwhelming, really. I never realized but they told me that Carlsie came to Worcester from Sweden when she was 16 and immediately began to work for my father. She worked her entire life for the family. Cleaning, doing laundry and serving the meals.  First at the house at 575 Salisbury Street then 15 Rutland Terrace and finally at 53 Elm… full time as the maid. Probably for 60 years. Gaga (the family called Dwight Gaga) paid her handsomely and made sure she had plenty for retirement”

Then they all hugged Sally and kissed her and welcomed her to the family.

“I’m glad I went.” Sally concluded as she spread cheese on a Wheat Thin to complement her drink. Then she sighed and looked away.

Every year to this day Billy and his sister Sarah can be found attempting to bake Swedish Christmas cookies…with varying degrees of success. 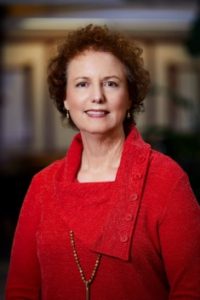 From my early years, my two grandfathers and my father impressed upon me the importance of community involvement and philanthropic deeds. F. Harold and Bruce G. Daniels’ contributions to and leadership of the Daniels Foundation provided resources and focused the mission that guides the Foundation decades after their deaths.

No less an influence on my life was my maternal grandfather, David Nelson Beach, Jr. who, while a full-time pastor, was an influential member of the Connecticut Civil Rights Commission during the 1960’s. His work with the Commission coincided with the five years I attended a Quaker based summer camp that emphasized social justice while promoting racial integration and gender equality. Our common interests resulted in many thought-provoking discussions with “Grandpa” Beach who further awakened my social conscience.

My desire to become a social worker arose naturally from these early nurturing experiences and the encouragement of my family. After pursuing a sociology degree from Ithaca College and a Masters in Social Work/ Social Administration from the University of Pennsylvania, I found my professional niche in health care. Ultimately, I enjoyed a 35 year career with Grand View Health (GVH), an independent, community hospital system based in Sellersville, Pa., My responsibilities at GVH included social work case management for both the emergency room and outpatients, as well as designing and managing a program to meet the health care needs of the uninsured and underinsured in the community we serve.

Following my retirement in 2013, I was elected to serve on GVH’s Foundation and for the last six years, have served as a member of the Board of Trustees of GVH. GVH’s mission statement is “Leading our Community to a Healthier Future”. I am excited to share a recent press release that describes the exciting work going on presently as GVH strives to bring outstanding medical care and trauma services to our community. (click here to learn more).

At the past Daniels Foundation quarterly meeting it was agreed to fund the Discovery Museum’s traveling science workshops for the Worcester public schools. These programs will present to small groups allowing students to follow their curiosity, to actively participate and to make their own discoveries. The funds given by Daniels will provide sixteen NO cost traveling workshops for Worcester schools’ students.

Statistics state that ¾ of the Worcester students are classified as low income. There is need for making learning, especially science, exciting and learnable in a meaningful and retainable manner. These sixteen workshops will help to do that.
The 2nd program funded by Daniels was Science From Scientists. The scientists teach STEM (science, technology, engineering, math) which are learning engagements that allow for 100% of the students to engage in hands-on, minds-on interactive learning. With Daniels support five new Worcester schools (with 975 students) will experience science from working scientists while conducting real life experiments. Students are still trying to catch up from the two years of the pandemic with remote learning. Thus, these biweekly science programs will be extremely helpful. All supplies and materials are provided for all of the students to ensure equitable access for everyone.

After a season with a real scientist, one student said, “Thank you for helping me to learn the fun way.”

Sorry, the comment form is closed at this time.

FIND OUT MORE ABOUT APPLICATION DEADLINES AND CRITERIA
see more